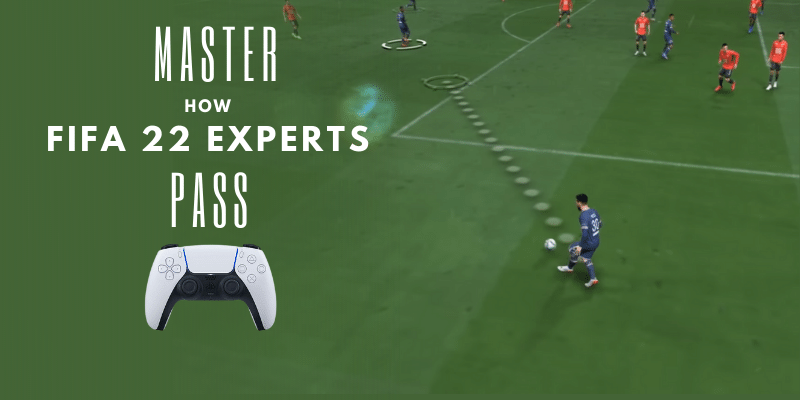 If you have played FIFA 22, you know how frustrating it can be to run into this error when trying to pass. It’s a pretty common issue and if you don’t know how to fix it, then you will probably stop playing the game.

For what its worth, this guide will teach the best way to avoid these errors by taking the correct steps and avoiding slipping up at a match due to a bad pass.

First of all, don’t do a 50-50 pass. This means when you intend to make a pass, do not make a pass while the passer faces a direction and the pass receiver faces the opposite direction. When making a pass in the game, you must face the player you are passing to. This will ensure complete passing animation.

Stay in an Aligning Direction with the Pass Receiver

Some players regularly change direction as soon as they press the pass button. As a result, the pass ball changes direction before the actual animation of the pass is complete. Most especially, if you’re getting pressed this type of passes will fail.

Perform driven passes — but not all the time. In the recent FIFA game, everyone keeps spamming driven passes in matches. You do not need to do a driven pass if someone is right next to you. There’s no need for it. Driven paths have relatively a lot of power and therefore cause the first touch by the pass receiver to be heavy. So, avoid making driven passes to teammates near you. Such a pass type is not meant for a short distance. If you want to make a driven pass, make sure it is to a player who is far away and who has a clear path to receive it.

If you aim your left analog stick toward two players the game’s going to choose which player to pass to. When you make this pass in between players the game just assumes who you want to pass to either the closest player or the more acceptable player. So, the way to get over auto-pass completion is to be in front of where you want the pass to really go. This way you can guarantee the pass will get into your player’s feet and not the opponent’s. This auto-pass completion happens because the game will semi- or totally-passes made in the game.

A good piece of advice to solve passing one way and they’re changing direction last minute is that you should go to customize control settings to change the passing setting in the game. Enter your Match setting, after that, select Customize Control and hover onto the Pass Receiver Lock. Change it from Late to Early. You can check the below settings for a better guide.

When you change your Pass Receiver Lock from Late to Early, you will be able to make a pass and such a pass will immediately lock the direction and player the ball was set for by the passer. One thing you should visually catch is to notice the red marker. As soon as the red marker changes to the pass receiver, then you can control your first touch.

Passing in FIFA 22 with Higher Precision

Continually pressing the pass button increases your pass speed and strength. When you press the pass button quickly, your player will be able to pass the ball more quickly. For instance, if you want to make a one-touch or two-touch pass, you simply press a passing button very fast.

To do a strong pass in FIFA 22, the game player must hold down the pass buttons on the controller for at least 2-4 seconds. Holding the button for a longer period of time will increase the strength and pace of the ball. The quicker you release your finger or thumb from the pass button, the lighter the pass a player will make when he/she hit the ball to his teammate.

What is a Lob Pass

A lob pass is a long, high-arching ball that is kicked over the defense and into the box. The goal of a lob pass is to get past the defenders and then have someone in the box or near it be able to control the ball before it goes out of bounds. The lob pass can be used in many different situations, but one popular use for this type of pass is when a team has possession in their own defensive third and they want to progress upfield quickly.

The swerve pass in FIFA 22 is so easy. Simply hold down L1 and double-tap triangle (△) to make the ball go into the trajectory while swerving with accuracy and more precision. It is an extremely accurate pass that is very effective.

The driven pass is typically performed by holding down the R1 or RB button and then pressing the passing button (X), which will result in your player with the ball making a driven and hard low pass into his teammate.

Through Ball Lob in FIFA 22

Many people have issues with passing issues in FIFA 22. So, if you’re having trouble passing in FIFA 22, don’t worry, you’re not alone. The new game has a whole new set of rules that make passing even harder. But don’t worry, we’ve got your back. Follow our tips and you’ll be racking up assists in no time. And if you know anyone else who’s struggling with their passing, be sure to share this article with them.