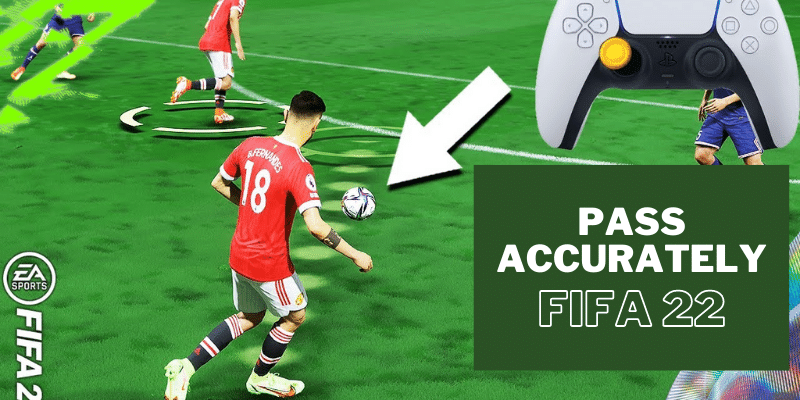 Though, some players, majorly strikers, with low passing stat and vision are still able to deliver through balls beyond the average par. In FIFA 22, players with higher passing stats are even more crucial and valuable for what they can do with such skills. For instance, players with 90+ passing accuracy give crazy and precise through balls. Also, they can pass around in crowded areas by triggering different passing and ball styles. Mostly in crowded situations, they loft the ball a little above the ground in order to make it harder to intercept.

When you are on the wings, players with high passing stats are even more important since they can play a dangerous ball into the center. This will help create better chances of finishing the ball at the back of the net.

Is Passing Important in FIFA

Passing is important in FIFA 22 because it helps you control the ball and make plays in the game strategically connected. Gamers can use passing as a way to get past defenders and get into space to score. This is important because when you are passing, you are creating opportunities for yourself — in the final third or elsewhere upfront the field — by getting into open areas on the pitch. If you do not do well with your passing, then it will hurt your chances of scoring goals and ultimately your chances of winning games.

Is Agility Important for Passing in FIFA

No matter how high a player’s long passing stat is, if he doesn’t have good vision, plus agility, it most likely that his/her passes will not be on point at all times. A player’s agility determines how swifts he or she moves, turns, and control when receiving a pass, e.g. during a duel, etc

What Does Ball Control Do in FIFA 22

What is the Most Important Stat in FIFA 22?

Many stats are essential in FIFA 22. All but one is the most important stat in the game. That’s speed/acceleration. While it is more feasible to play with slower players in the FIFA 22 year game, pace is still very important. Muchmore, pace or speed is important because without enough pace, a card cannot be used in its desired position. Passing stats and marking stats are necessary for the FIFA game, but they are not as important as the speed stats in the FIFA game.

What are the Best Attributes in FIFA 22?

Perhaps you are wondering if pass stats make the list of best attributes in FIFA 22. The answer is yes. The top five attributes for players in FIFA game are good acceleration, good pass, aggressiveness, stamina, and a good overall.

While some may argue that pass stats are not important in FIFA 22, the fact remains that higher pass stats decreases the number of errors made when a player passes the ball to a teammate. This, in turn, results in a higher success rate for wins. If you’re looking to improve your passing game, we’ve put together a guide to help you pass the ball with fewer errors in FIFA 22.

19 Top FIFA 23 Features That are Unmatchable By Any Franchise