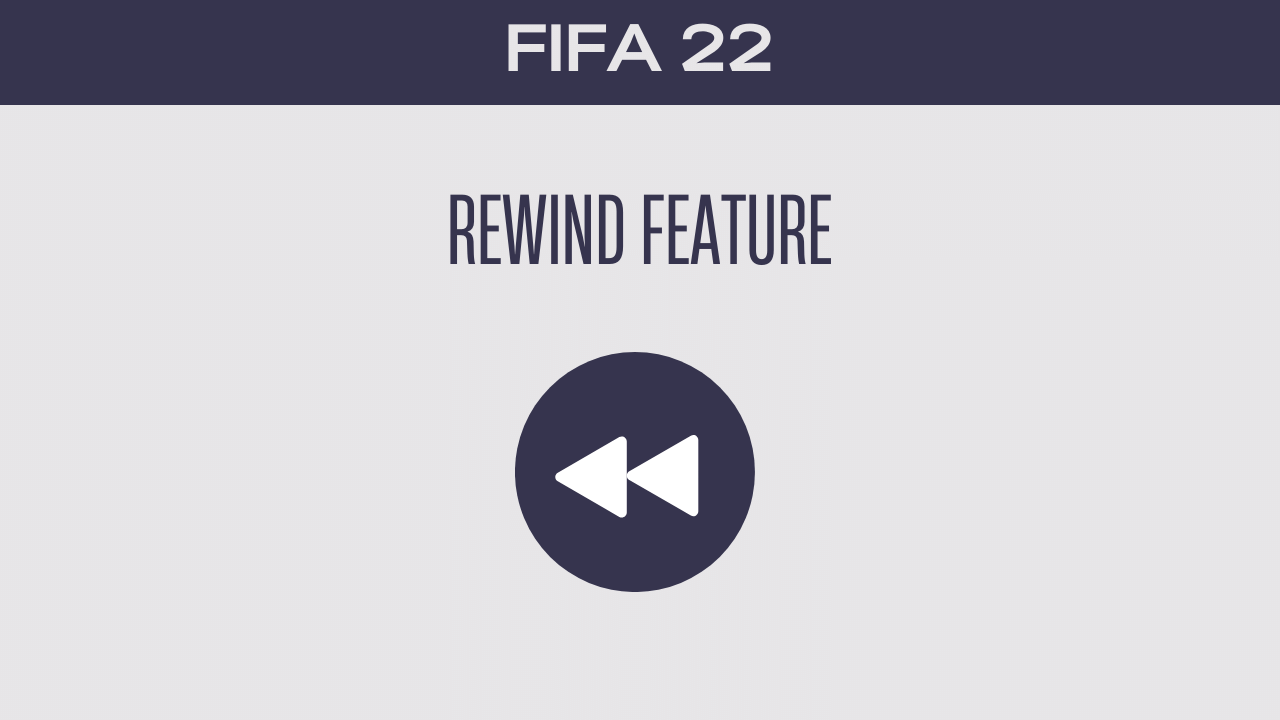 FIFA 22 was published and released by Electronic Arts in different countries around the globe. Long before its release, It was reported that the game will be equipped with new features and improvements. The new feature evolved to be one that EA Sports fans have cherished. It is the Rewind FIFA 22 Feature.

What is Rewind FIFA 22 Feature?

In simple terms, the Rewind FIFA 22 Feature is one that allows gamers to travel back in time in the Kick-Off Mode in FIFA 22 game. In other words, with the FIFA 22 Kick Off mode rewind feature, you can relive a scene during your game. Rewind is only available in Kick-Off mode.

How Can You Use the FIFA 22 Rewind Feature?

With this rewind feature, you can pause the game and go back in time to replay a scenario that you have just finished. When playing a match, press the L2 + R2 + Options / LT + R2 + Menu buttons at the same time.

Again, only within the Kick-off mode will you be permitted the ability to rewind and replay a certain scene within a recent timeline.

If you haven’t discovered how to do instant replays in the FIFA game, you can learn that also.