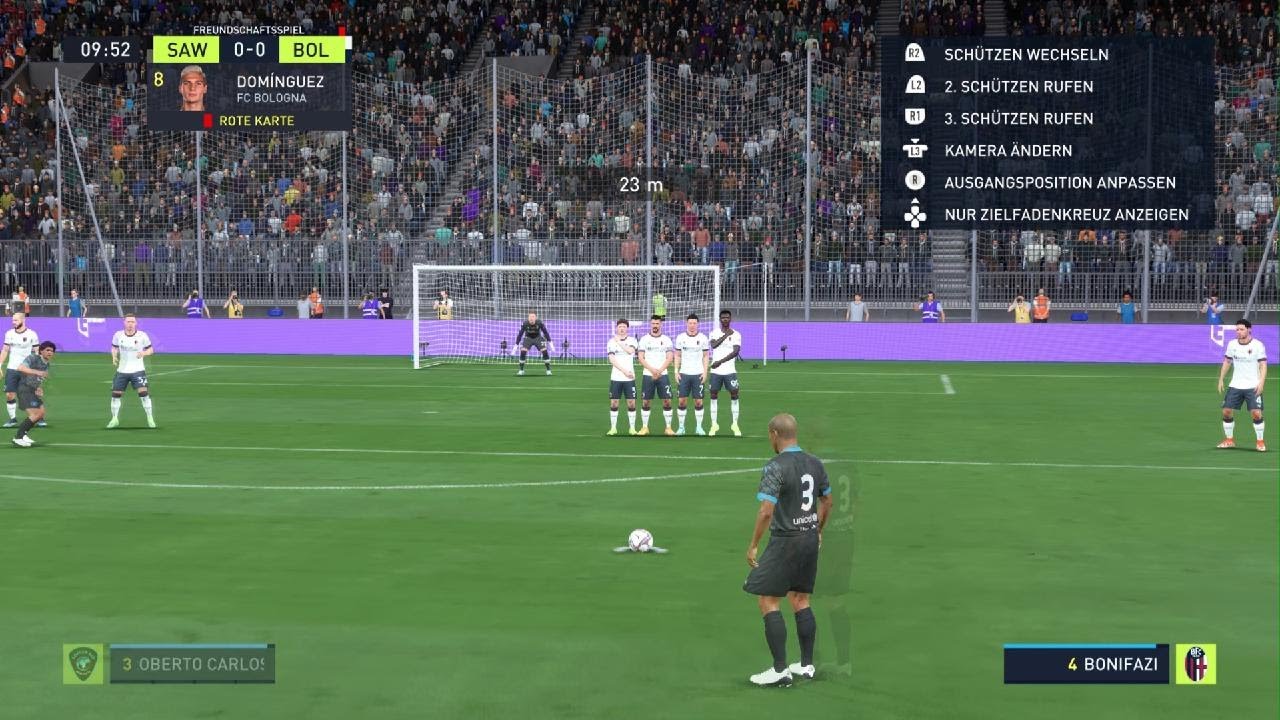 One of the most iconic free-kick goals in football history was scored by Roberto Carlos back in 1997. R. Carlos used the outside of his boot to swerve the ball from the free-kick spot into the net. This was something humans had never imagined was possible and therefore they named the free-kick ‘Trivela’. So, the Trivela free kick used by both real life players and video gamers in FIFA game today is a one-of-a-kind technique inspired by Carlos.

The process of scoring a Trivela free kick on FIFA 22 is quite complicated, so don’t be surprised if the first time you try it, you mess up completely.

Choosing a player with a lot of power and positioning them straight behind the ball is a good way to set yourself when you want to take a Trivela Free kick. Using a left freekick taker can also be an advantage. This type of free kick cannot be taken from any other standing position than through the Trivela or Roberto Carlos freekick standing style.

How to Score Trivela Free Kicks in FIFA 22

We have helped source two video tutorials that will teach you how to take Trivela freekicks in FIFA 22 and score on each side of the post. Watch how to score Trivela Free Kick in FIFA 22 below.

Fix Passing on FIFA 22 and Get Rid of Bad Passes