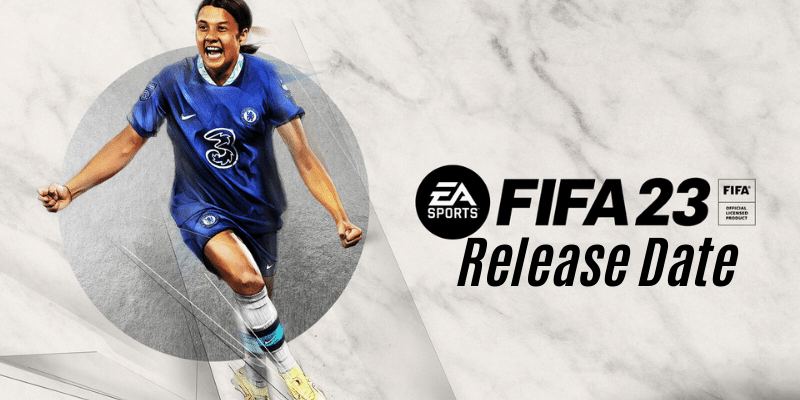 The FIFA 23 release date has officially been confirmed by Electronic Arts Sports (EA Sports), with the pre-order and early access bonuses being revealed.

In what will be the EA and FIFA’s final football game, EA Sports promises to bring a truly best-in-class, reliable and authentic football experience. They claimed the year 2023 FIFA game (FIFA 23) is their most realistic creation to date. As a matter of fact, FIFA 23 seasonable trailer included the FIFA World Cup Qatar 2022TM and FIFA Women’s World Cup Australia and New Zealand 2023TM. In the FIFA 23 trailer, EA Sports devs teased out some of the new features, namely real-world motion 2 (Hypermotion 2) and licensed emotional features for both men’s and women’s football.

EA has followed the video with FIFA 23 gameplay intro by following that up with EA opening pre-orders. Players are now able to order all game versions; Standard and Ultimate Edition of the game. EA Sports FIFA 23 announced its cover stars of the FIFA football game earlier this week, with PSG star Kylian Mbappe and Chelsea Women’s Sam Kerr as the game brand’s worldwide face. Since the FIFA 23 release date has now been confirmed, we know when early access players will be able to play the new game. With that, below are other things we found!

Acccording to FIFA 23 release date disclosed by EA Sports, FIFA 23 game will be officially released in the UK, and around the world, on Friday, September 30, for PlayStation 5, Xbox Series X, Xbox Series S, PC, Stadia, PS4, and Xbox One. This annual release is a tradition for EA, and each FIFA release finds its way into the hands of millions of football fans.

If you pre-order FIFA 23 Ultimate Edition, you will be able to start playing the game on Tuesday, September 27, 2022, giving you three days’ of access to the game.