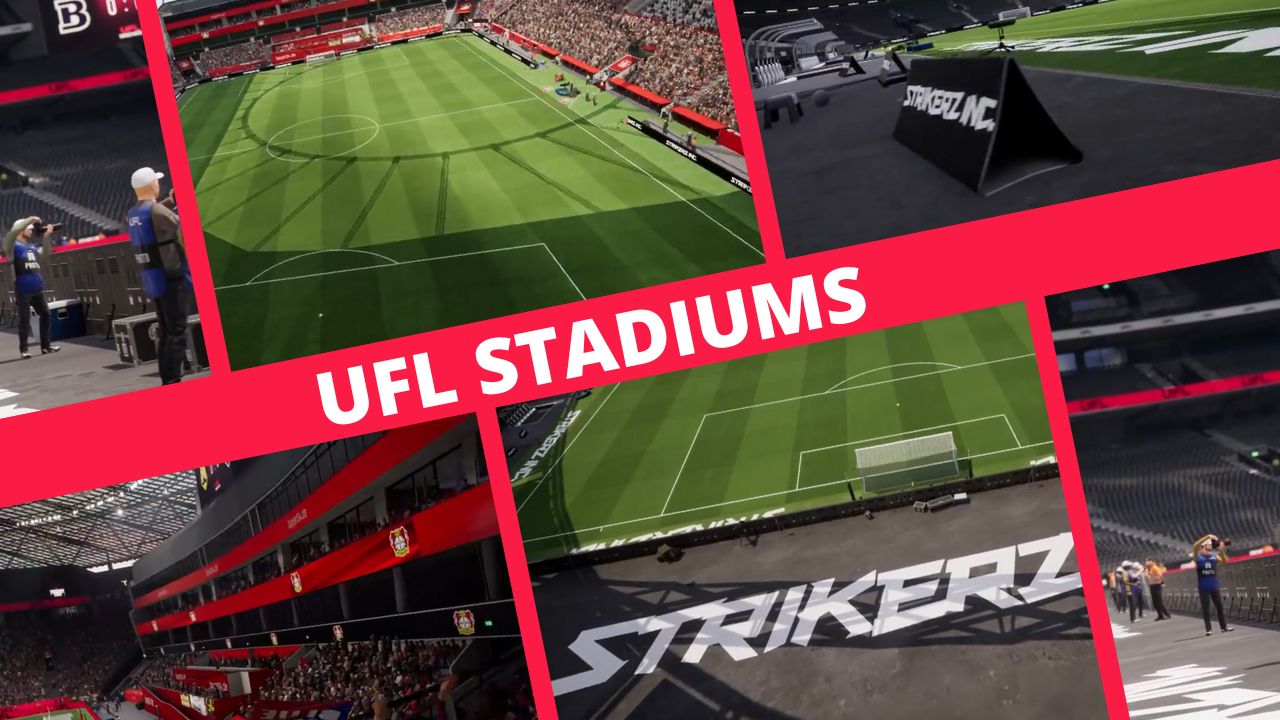 Strikerz Inc’s environment artists and tech artists took real data from footage during the matches to model and build football stadiums in 3D on Ultimate Football League (UFL) game. These are football stadiums that already exist in the real world. They are built in UFL based on the actual pitch dimensions, measurements, and geometries.

The most interesting fact about the modeling of football team stadiums in UFL game is the balance between realistic and well-constructed stadium buildings. For example, London Stadium in UFL has a sophisticated roof, precise construction structures, and iconic grounds that fully represent the likeness of the West Ham Stadium.

Each stadium in UFL has its own unique element. For example, in Vodafone Park, there are a lot of security guards. Meanwhile, at London Stadium, there are machines blowing soap bubbles all over the stadium. And at BayArena, there is a referee picket.

Features of All UFL stadiums

Fans’ and their faces in UFL stadiums are automatically generated using Crowd Mesh.

Besides the fans, there are the maintenance staffs and managers as well as the coaches near the touchline in every stadium in UFL.

A very detailed level art exists in the majority of UFL stadiums. Level art entails everything on stadium grounds. These include items such as cameras, flasks, chairs, bottles, etc.

Strikerz Inc’s team used light sources to create full lighting in stadiums and every light source has its own purpose. Overall, it emulates lighting around every depth and corners in stadiums.

There are 18 forms of banners and flags around the stadium grounds in UFL. All are modeled to uniquely represent teams on a matchday.

2. Though all stadiums are built equally in UFL, London Stadium is by far the best stadium in UFL games (put the full mean) London Stadium. It is a masterpiece in terms of architecture. Its atmosphere is superb, and it has the most beautiful design among other stadiums in the game.