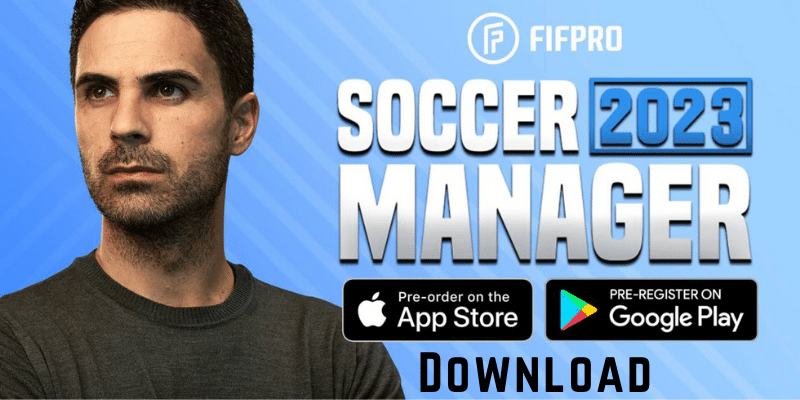 With 3D matches, you can see soccer dramas unfold realistically in SM23. You have the free hand to analyze statistics and input technical advice from your assistant manager to make critical choices on the go. Besides the improved 3D match engine, new player models, new animations, and improved AI are all included in the new version of SM 23.

You can create your dream squad from a pool of over 25,000 real-life players officially licensed by FIFPROTM. With the new live transfers system in SM23, you can sign world-class players from the best leagues. Inter Milan, Bayer Leverkusen & Wolverhampton Wanderers are just a few clubs partnering with Soccer Manager 2023, which features SPFL and Bundesliga licenses.

Make Your Own Club

In the new SM23 career game mode, you can become more than just a manager through Create-a-Club. Managing a football club in Soccer Manager 2023 is entirely in your hands like real football directors. As a football director, you can create your own style and feel for your team, add players you feel are competent, and battle your way to the top tiers. Training sessions, matches, tactics, scouting, dynamic live transfers, stadium, club finances, are all in your hand, just name it!

In order to influence your game and secure the three points, you can independently make techniques, analyze numbers and respond to activities in the field.

Progress does not occur just in the field but off field also. You can improve your club infrastructures, such as the training field and youth academy, to position your club for future success.

Soccer Manager 2023 is much more developed than Soccer Manager 2022 as it comes with a new dynamic live transfer system, improved opponent AI, and global league teams licenses such as Bundesliga. The game immerses you in football managerial action, as you select your starting stars, outsmart the opponents with winning tactics, build a world-class stadium with the club’s finances, and discover future superstars through a dynamic transfer market and extensive scouting network.

Click the links below to download Soccer Manager 2023 after you confirm your system meets the minimum operating system requirements: