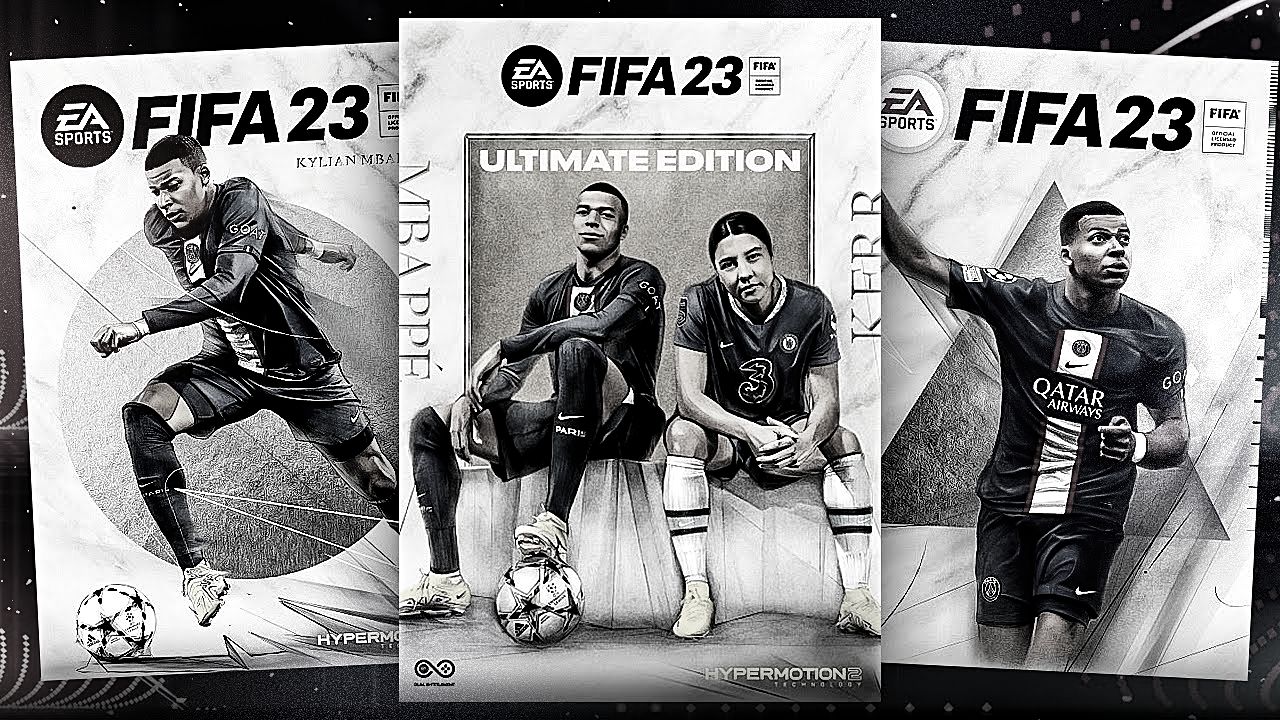 FIFA 23 standard edition costs £59.99 in the United Kingdom and $59.99 in the United States. The next-generation models will cost £69.99 and $69.99, respectively. If you pre-order FIFA 23 Standard Edition as an EA Play subscriber, you are eligible for a discount of approximately 10%.

The standard game does include certain exclusive out-of-the-box add-ons, such as:

One of the 23 players chosen at random will be allocated to your FUT club as an untradeable asset.

For five matches, a standard loan item of Kylian Mbappe will be available to use in the FUT squad.

The initial player selection can be made from three EA Sports promotional players. They can be employed in the FUT squad for a maximum of three matches.

This is a general offer that does not apply to FUT. While beginning a new career mode, the young squad will have a player with the potential to become a future star.

The FIFA 23 Ultimate edition, which includes Sam Kerr and Kylian Mbappe as cover, costs £89.99 in the UK and $99.99 in the United States. Apart from the standard edition features, there is a slew of additional FIFA Ultimate Team products that elevate the Ultimate edition to the pinnacle of the series.

Instead of September 30th, FIFA 23 Ultimate Edition will be available for download on September 27th.

EA will award 4600 FIFA points, which will come in handy during the FUT Draft.

One of the first special items is the Ones to Watch Out player item. You will receive one untradeable item at random for your FUT squad.

Those who pre-order FIFA 23 Ultimate Edition before August 21st will receive a random untradeable Hero Player item that can be used in your team on November 11th.

Only Nintendo Switch owners can get the FIFA 23 Legacy edition. For Nintendo Switch users, FIFA 23 will not receive the latest updates as such it will basically be FIFA 22, but players’ names, uniforms, and teams will be changed to the most recent versions.

The Legacy Edition will include the freshly added Women’s teams and Juventus.

FIFA 23 follows the same pre-order model as FIFA 22, so players could expect a Standard Edition and an Ultimate Edition. Here’s a breakdown of the prices players can expect to pay:

FIFA 23 pre order is from July 20. The official release date of FIFA 23 is September 30th.

How to Pre Order FIFA 23

EA Sports FIFA 23 will be released in retail locations globally, with digital versions expected to be available through your platform’s game marketplace. Walmart, Best Buy, GameStop, and Amazon are the most popular stores for those wishing to pre-order a physical copy of FIFA 23. There are other ways to pay and pre-order FIFA 23. EA Sports FIFA 23 is available for pre-order or purchase through online retailers such as Amazon and eBay.

Can You Get a Discount When Pre Ordering FIFA 23?

Those that pre-ordered FIFA 22 on their PC/ console main menu earned a discount. You can also get a discount if you buy the game and have an EA Play subscription. The reduction is 10%.

Will FIFA 23 Pre Order Bonuses Be the Same on PS4?

Yes, the FIFA 23 pre order bonuses that you get depend on the Edition you purchase.