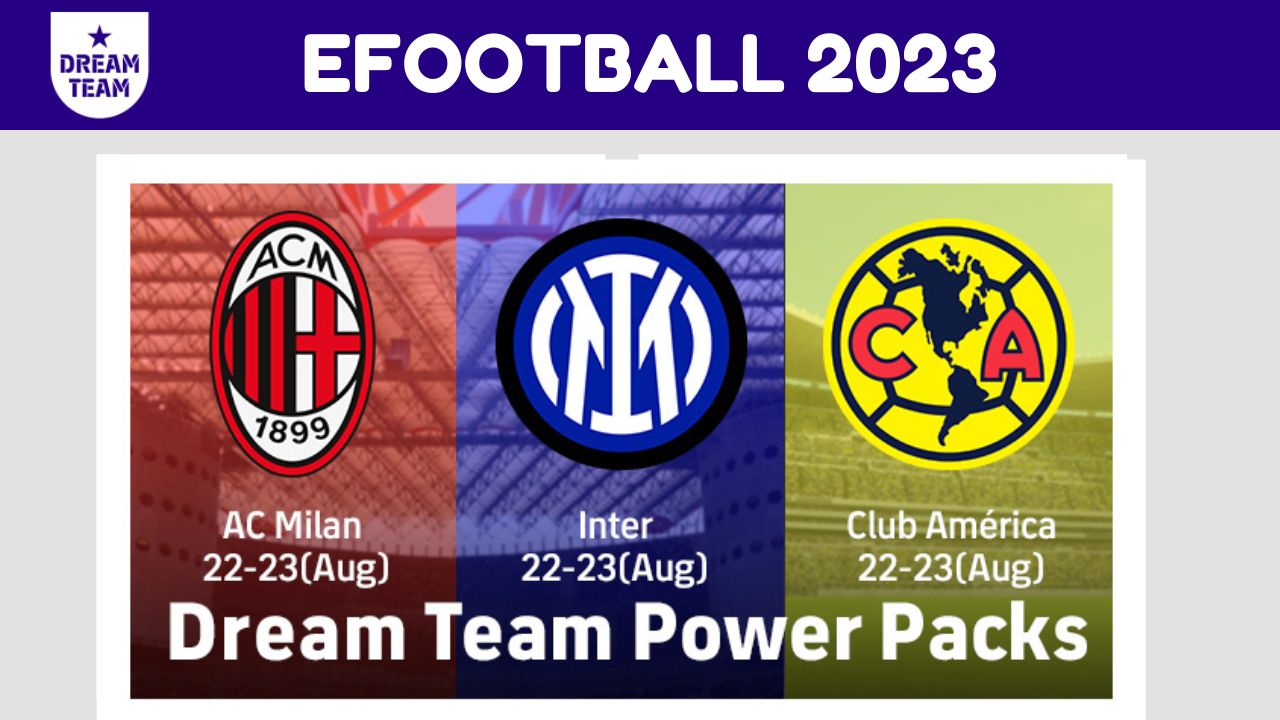 Whether you’re a beginner at the eFootball game, or an established veteran looking to enhance his/her squad in the eFootball PES 2023 game, the new set of Dream Team power packs are just exactly what you need.

Where Can I Purchase Dream Team Power Packs in eFootball 2023?

As a special release, AC Milan, or Internazionale Milano Club Packs, have their official match jerseys and eFootball™ original training kits available in eFootball PES 2023. When you purchase an AC Milan Club Pack or an Internazionale Milano Club Pack, each player in the club pack wears their eFootball™ original training kit on training grounds or during warm-ups, as well as their official match jerseys during matches.

Take a look at an overview of all the latest eFootball 2023 features Konami added, and how PES 2023 Season 1 was modified with countless fixes and adjustments for maximum enjoyment.