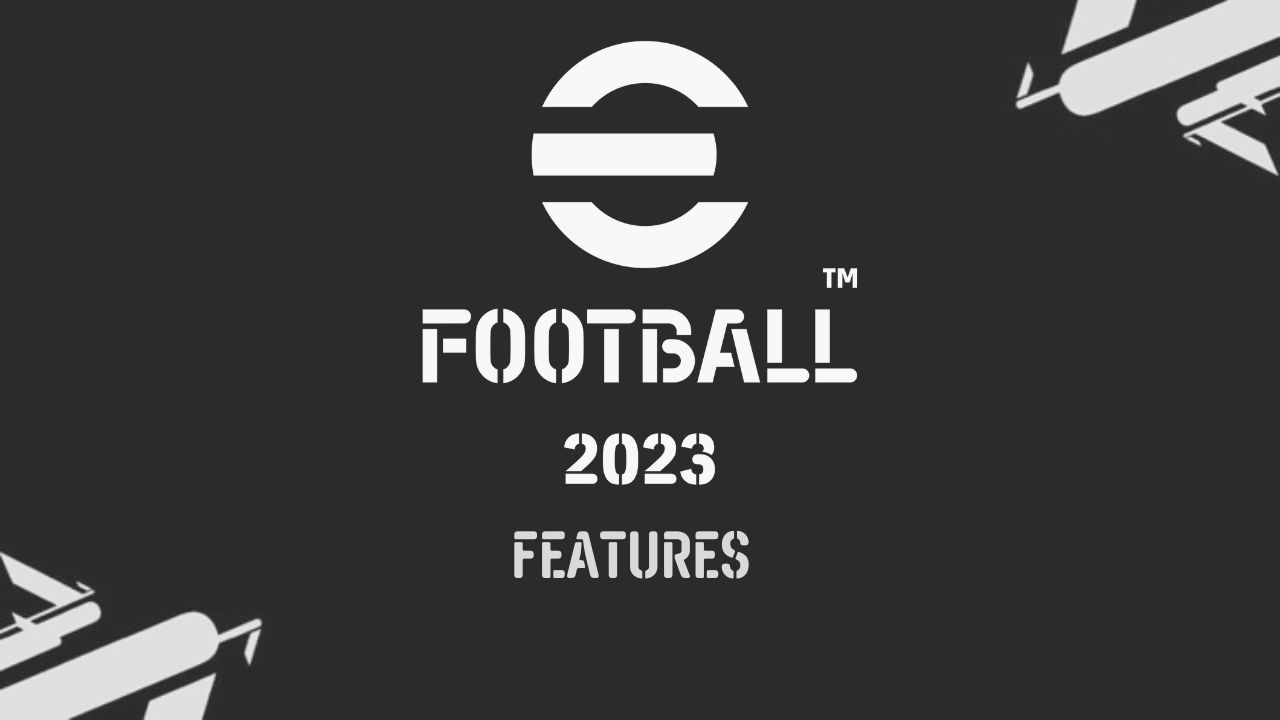 There are two new Player Card Types in eFootball 2023 and they give you extensive team-building options. You also can create your own “evolution” of players via player progression in eFootball™ 2023 Season 1.

These are hand-picked players that have excelled in the “current season,” and have greater growth potential. 10 of Trent’s closest teammates (in real-life football) will join him in eFootball™ 2023 as “Highlight” players as more update roll in.

These types of player cards in eFootball™ 2023 commemorate the “defining season” of past and present major football stars with the highest ratings.

eFootball™ 2023 season 1 features new recreation of player movement and signature skills through the aid of motion capture. In addition, there are new football legends and starlets in eFootball™ 2023 which bring the eFootball series to a new height.

Trent Alexander-Arnold, eFootball’s newest global ambassador, takes a center stage with his own “Premium Ambassador Pack”! In eFootball 2023, Trent’s character is presented as an “Epic” player under the tag name “TAA”.

You have the opportunity to bolster your Dream Team with new Dream Team Power Packs in eFootball 2023. eFootballs’ new partner clubs namely AC Milan, Internazionale Milano (Inter Milan), and Club América” are available as Club Packs in the eFootball 2023 packs. Each football clubs has its own Club Pack and consists of 11 player cards with distinctive graphics.

eFootball 2023 has a total of 26 teams. Some of the teams are Santos FC, SSC Napoli, AS Roma, and Arsenal. You can play matches with all 26 teams and can also carry out scouting for your next Dream Team signing.

In tour events on eFootball™ 2023, you can have the AI control your own squad. You can set the tactics and player selections you want AI to work with during Tour events and then take a rest while AI does the rest.

National Team as Base Team

You can select national teams as your base team in dream team in eFotball 2023.

New Manager Packs in eFootball 2023 consist of a genius manager who can help you lead your Dream Team to glory. J. Cruijff and F. Cannavaro are a few examples of elite or legend managers available in eFootball 2023.

There are several real-life managers of football clubs and countries available in eFootball 2023. Some of these football managers are Jose Mourinho of AS Roma, Xavi Hernandez of Barcelona, and Fernando Santos of Portugal.

Coin events are now available in the latest eFootball series, eFootball 2023 mobile. In coins events, you play PvP matches and complete other challenges to earn rewards such as 50 eFootball coins.