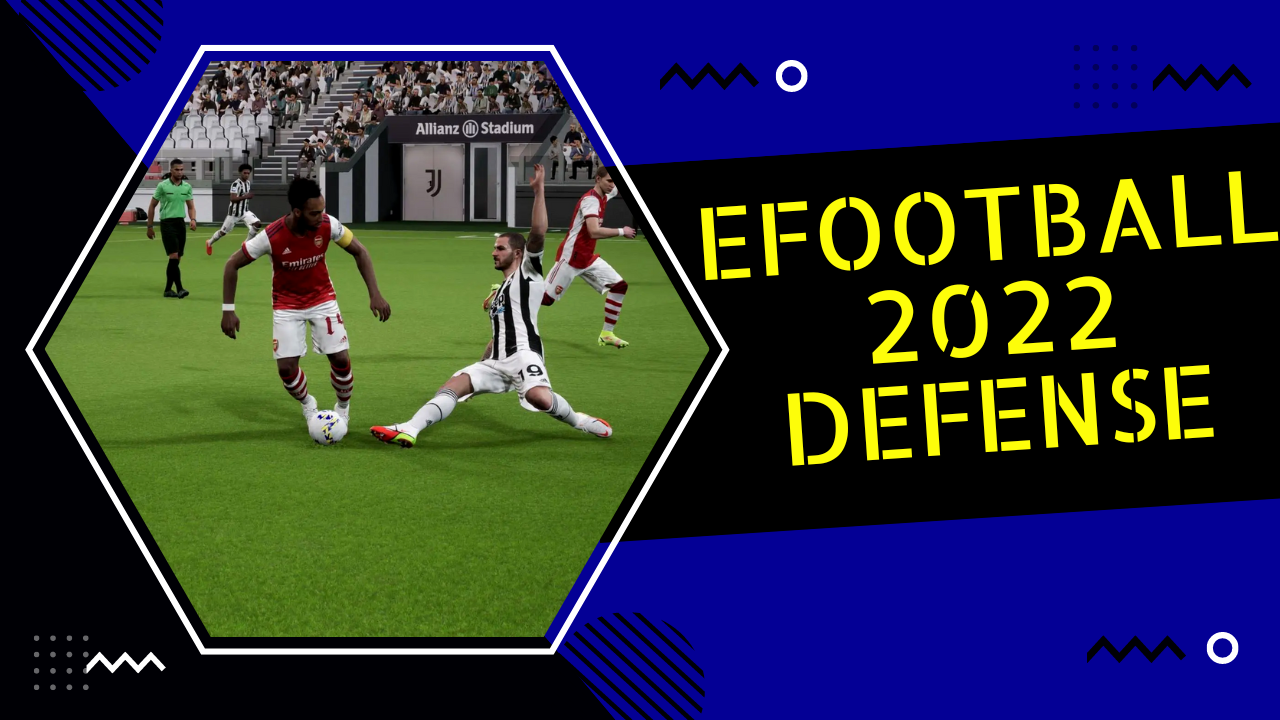 One of the biggest changes in eFootball 2022 or the previous PES series is the defense system. This is because the quality of play in the latest free-to-play game is made to be really just like a real-life football game. As a computer, PS, and XBOX user, if you cannot properly hold off an opponent at bay, you will definitely concede many goals in the eFootball 2022 game. And for game players who have always relied on holding X or A in PES games via PlayStation or Xbox, that way of playing is now bygone. The size of the pitch, new playstyles, and gameplay in eFootball 2022 are even much more advanced, making everything more difficult than before — well, thanks to the new mechanics from Unreal Engine.

Gamerina team has analyzed the game and discovered how to defend and leave no scoring opportunity to opponents in eFootball 2022.

How to Tackle Players in eFootball 2022

The Match Up technique in eFootball 2022 is useful in specific situations. You can use the L2 button for Match Up when you can see your opponent is about to pass the ball or once you’ve lined up a passing lane to intercept. Match Up is also your best way of winning the ball cleanly if you are close to your opponent. Whenever you hold L2/LT in eFootball 22, your defender will run at the opponent and tries to get between him and the ball. With this technique, defenders often use their shoulders to nudge attackers and force them off and win the ball.

Moreso, when your defender is far away from the opposing player, holding L2/LT will cause him to pursue the opposing player. When your defender reaches the attacker, he or she will tackle him or her in an instant. There is more aggression in this tackle, so you will likely commit more fouls by spamming the L2/LT button. As far as the Gamerina team can tell, after testing out the command, this command is most useful when a defender attempts to nudge the ball from an attacker who is trying to get the ball far away with speed.

The best way to defend in PES 2022 remains to play into passing lanes like in the previous PES version. Move your off-ball players quickly into positions and switch between them with your right stick at the right interval and intercept a pass.

Anchoring a player makes the selected player gets restricted from drifting out of a position horizontally. For example, a left-back can be anchored to the left back position, and no other player will venture into that part of the field. The left-back won’t also leave the position at any time. Anchoring a DMF is one of the best ways to utilize the Anchoring tactics in eFootball 2022. Though, it also works if you anchor center backs, left backs, etc. To set Anchoring on a player;

When an opponent gets into your penalty box and is threatening to score, to help you cancel out the chances of such an opponent scoring, quickly select another defender and try to block the shot or pass the opposing player is trying to make. All you need to do is calmly watch as he starts powering up his shot and then moves across to block it.

A technique you can use to defend in the penalty box is the Shoulder Charge — especially when things look like you are going to concede a goal. When your player is near an opposing player in the penalty box, you can separate the opposing player from the ball by causing them to stumble with a shoulder charge. Before you use the Shoulder Charge, make sure your player and opposing payer are side-by-side in other not to give away a free kick or penalty as it can be risky. You can do a Shoulder Charge in eFootball 2022 by pressing the Square button in eFootball 2022.

Defense Technique You Should Stop Doing in eFootball 22

It will definitely take some time to master the above defense techniques in eFootball 2022. Game players will have to think carefully about their next move before they make any in the Konami-owned game. Since Konami has admitted publicly that eFootball 2022 updates haven’t been exhausted, there’s still a chance that gamers can still grow and learn better new ways to win consistently in eFootball 2022.